It has been chaos here at Knackered Psycho HQ whilst some (much need) home renovations are going on.  The kitchen is the main focus.  Some would say it is just a very expensive excuse for replacing my microwave following the now infamous ‘blue dye’ incident, when my friend and I (in a desperate attempt to exhaust some blue dye we had used on some yarn) heated the bowl of yarn until it exploded.  Top tip kids – leave blue dye to the professionals! 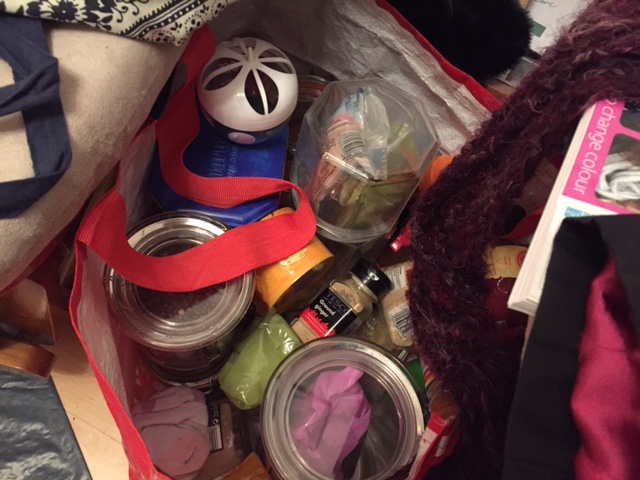 Anyway, my yarn room has become a dumping ground for the contents of my kitchen (along with every other room in the house), and I have taken solace in learning how to brioche knit.  When I was at Wonderwool, I met the lady behind Coop Knits, and she was wearing an amazing brioche wrap that she had made with yarn scraps.  The texture of brioche knitting is so tactile and colourful and I was desperate to give it a go. 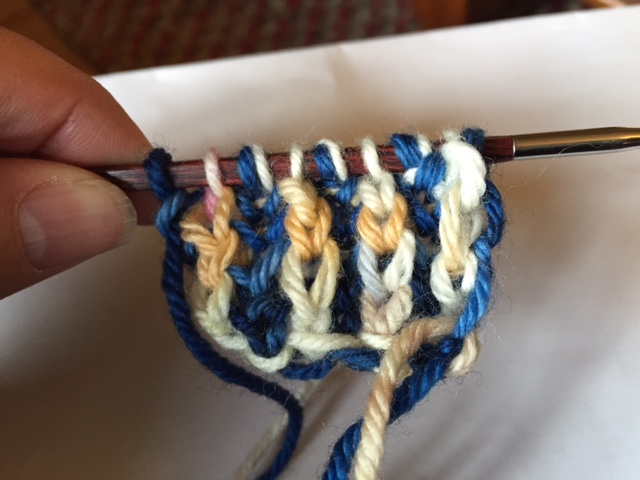 After starting and ripping back five failed attempts I finally got my head around it and now I am totally addicted.  I am making a Stephen West briochexplosion wrap using blue yarn dyed for me (I learned my lesson) by Rox of Lollipop Guild Yarns, and various yarns by Hutch of Dye Candy.  The effect is exactly what I was hoping for and so far (touch wood) I haven’t screwed it up too badly.  I can’t wait to get it finished.

My next post will be a reveal of a new crochet pattern – something I probably would never have tried to make without prompting, but I am so pleased with it.  Watch this space!