I am experiencing the rather odd sensation of starting my blog during the early evening rather than at the dead of night.  This is because, in a random act of good mummy-ing (not a regular feature of my life, although it is a daily aspiration), I took my daughter to the swimming pool and then to the park.  It is a warm day, and so the combination of all these things has resulted in the small one crashing early; what I had assumed would be a nap is now looking like it will be her night sleep too. 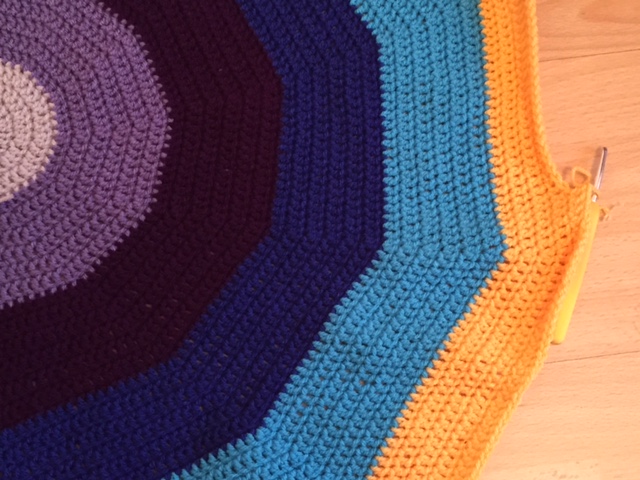 So, here I sit, rather disorientated if I am honest.  I have been working on a circular blanket as a thank you gift for my daughter’s nursery, but I have run out of yellow yarn and so I have had to put that WIP down for now.  I wandered out into my overgrown garden (it is too hot to start weeding) and started taking some pictures for inspiration.  That is, sometimes you can get stuck in a colour rut.  As much as I love rainbows and ombre colour schemes, they can get tired sometimes, and I also have a tendency to gravitate to the same colours time and again. So, it is nice to go a bit crazy and put some different colours together occasionally.  I love the way you can get a mundane colour to pop or to take on a new look by changing the colours they are combined with. Colours I wouldn’t necessarily  go for on paper can look amazing when used in the right proportions together. 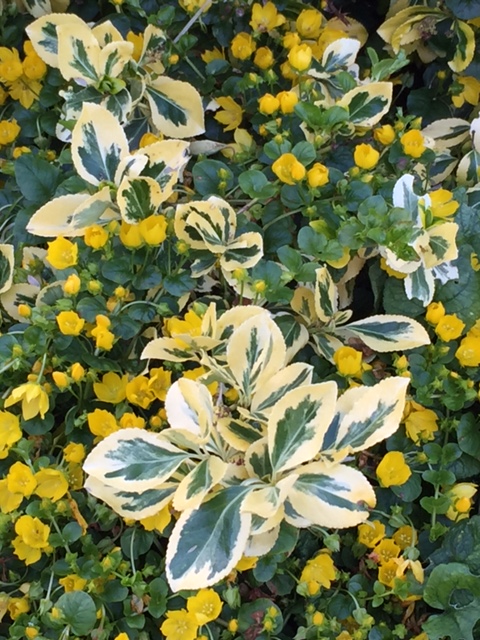 My garden provides masses of inspiration for this.  It is wild this time of year, with lots of self-seeded flowers mixed in with the intentional planting. I can take credit for none of it, as I inherited it from the previous owner of our house.  It is far from formal, especially as I don’t get as much time to tidy it up as I would like, but somehow it works for me. 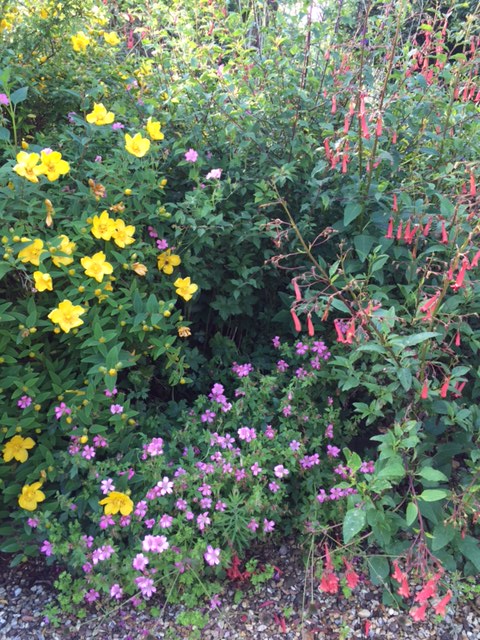 Shawl number 3 from Shawl Club has gone up on Ravelry (blog post reveal to follow), and the yarn is being mailed out by Unbelievawool tomorrow morning.  It has also been inspired by one of the flowers that self-seeds itself though my garden, but that I have a real soft spot for.  The yarn I used for the Ravelry pictures was an early play with colours which we were not entirely happy with, but the final club yarn is a wowzer, and should look amazing.

Anyway, the colours in my garden have succeeded in giving me some ideas this evening.  That is, I have some ideas for new projects that I want to test and develop over the summer whilst I have some downtime from the day job.  I was rummaging and re-rummaging though my drawers of yarn earlier and couldn’t decide what to do.  But a little wander through my garden has done the trick.  Now I just need a little time to play.

Somewhat appropriately for the remembrance activities this week, I also found these stray red poppies growing in the gravel of my path.  Lest we forget. 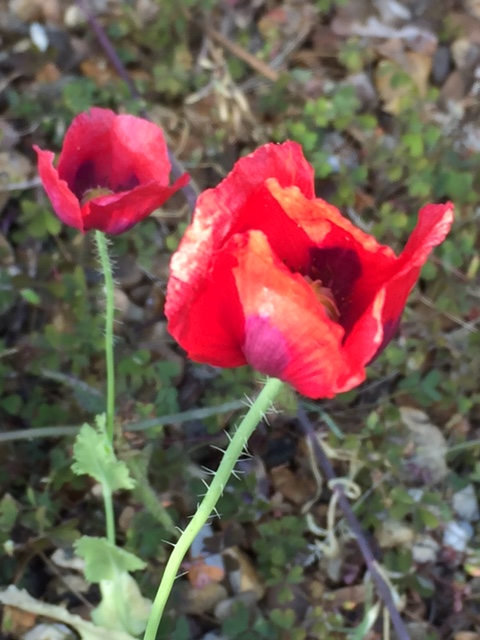 One thought on “Nothing clashes in nature…”